While we are grateful for the break in the heat, and we rarely complain about the wet, it sometimes interferes with our outdoor sports like Cross Country. Most runners don’t mind the dampness, but we also have to take into account safety: chances of lightning, moving events indoors in the midst of Covid, etc. These are all things that our staff and coaches must plan for and adapt to on a daily or weekly basis. This past week we had to postpone Volleyball and Cross Country events due to circumstances outside of our control. Schedule changes, postponements, and cancellations are a part of Athletics, and our school community is doing a great job of learning on the fly and adapting to the inevitable chaos that comes with each athletic season – let alone an athletic season in the midst of a pandemic! Stay Griffin Strong! 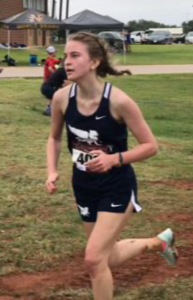 The Cross Country Grammar teams were set to take on the South campus 1- mile course but “the rain came down” and the kids had to wait another week. Details are being finalized to see if the meet can be rescheduled for later in September or early October. Yesterday the D&R teams traveled to Ada to compete at East Central University and we had several standouts. Four of our Dialectic Boy placed in the Top 25: Noah Brown, George Leydorf, Cal Goodman, and Luke Abbott. The High School girls placed 5th as a team led by Junior Esperanza Osuna who medaled with a time of 14:35 in the 2-mile race. 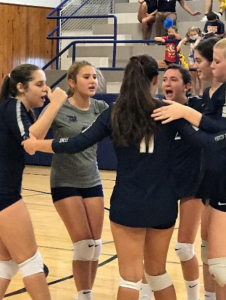 Rhetoric Volleyball had a good showing this past Saturday as they hosted their 2nd Annual HS Volleyball Invitational. The Varsity made it to the Semifinals where they lost to Liberty in 3 sets. Tuesday the D&R teams traveled to Shawnee where they again took on Liberty Academy. The Dialectic White team took down the MS squad in straight sets. Both the JV and Varsity had close matches. Varsity again took Liberty to 5 sets but Liberty completed the season sweep. Thursday Midtown was rocking as both Dialectic teams were in action. The Blue team had an intersquad scrimmage where all the girls got to show the hard work and improvement from the season. The White team took on Terra Verde in the second match and kept their undefeated season alive winning in straight sets once again. Next week volleyball travels to OCA for the first time in school history.

Come out to Midtown Gym next Saturday to watch our Dialectic teams compete in our 2nd Annual Griffin JH Volleyball Tournament. The 6-team pool includes Liberty, Terra Verde, Life and OKC Knights and starts at 8am, with the championship game set for 4pm. Our Griffins return as defending champions as they defeated the Knights 9th-grade team last year in the championship.

The Athletic Department is now accepting applications for the Student-Athletic Leadership Council. The Leadership Council is a group of student-athletes that will regularly meet with the Athletic Director and staff to discuss issues, team-building, and the future of the athletic department at The ACADEMY. The Council members will give voice to the athletes as well as learn different leadership strategies to take back to their team and give back with service and program opportunities on Gamedays. Those Rhetoric athletes wishing to apply to be on the ALC can stop by the Athletic Office at Midtown and request an application from Coach MAC. Applications have been extended until September 18th.