It has been an interesting week as we continue to grow and build our programs.  We’ve had wins and we’ve had losses.  We’ve had to cancel tournaments and meets.  But we’ve also marveled at our growing student body and the support they’re giving at games.  Who would have thought 3 years ago that we’d have a large, rowdy group of students in all white and face paint cheering on our athletic teams!  It’s so fun and a great atmosphere.  If you haven’t been to a game yet, you need to watch the calendar and try to make it out to several games.  Go Griffins Go!

The Griffins Volleyball teams got back on track Thursday night in front of a raucous crowd after their first loss at Destiny Monday.  The varsity won in straight sets over Liberty Academy led by Freshman Addie Dale (season high 18 kills on 26 attempts) and Junior Blevin Garriott (season high 20 assists). Garriott, Avery Metcalf, and Cassidy Capucille led the way defensively, passing tremendously with 36 digs to help the Griffins secure their most dominant win of the season.

Monday the Griffins struggled out of the gate at Destiny but cleaned up their play considerably in sets 2 and 3. Ultimately they were unable to overcome a talented Destiny team losing in straight sets. Freshman Avery Metcalf led the team with 15 digs and had the highest hitting % on the night.
The JV team played extremely well led by sophomore Addelyn Ives and junior Madilyn Irons. The girls won 2-1.

The Junior high Volleyball Tournament has been cancelled for tomorrow, Sept 4th.

Get Your Athletic News, Schedules, and Communication with BAND

The Athletic Department has transitioned to a new app called BAND.  It is free to download and easy to subscribe to get news and info.  Click here to download and join the Griffins main BAND feed for news, results, and schedules or use your smart phone to scan the QR code! 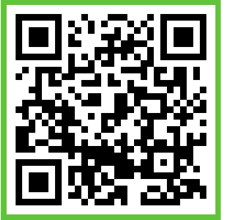